"Well your place in life is in my toilet, you trust fund turd."
— Ricky Pucino

Beach Rumble is a storyline mission in Chapter 2.

Inside the Shiny Bikes Shop, Tobias Mason is advising the Greaser Ricky on a potential upgrade to his bike when Jimmy shows up to claim the trophy he won in Race the Vale. Just as Tobias puts the trophy on the counter, Gord and Chad walk in. Chad and Ricky exchange insults, while Gord notices the trophy and runs off with it, Jimmy giving chase.

Ricky volunteers to help Jimmy fight. He is slightly tougher than any individual Prep, but may get ganged up on. It does not matter if Ricky gets knocked out or not.

Gord runs to the Beach House and hides inside it. Three Preppies run out and attack. Once Jimmy and Ricky knock them out, Gord and two others come out. The other two attack but Gord runs down the pier holding the Trophy. At this point, Jimmy can simply run to Gord and take the trophy back via winning a tug of war. He can also beat up the Preppies including Gord, so that Gord drops the trophy.

Once the trophy is back in Jimmy's hands, the mission concludes. 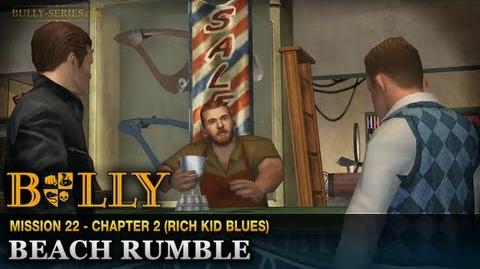 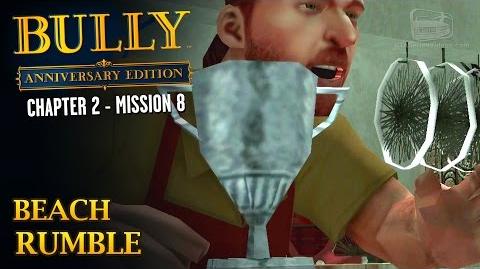