Boxing Challenge is a mission in Chapter 2.

Jimmy and Petey are sitting on the end of the longest pier in Old Bullworth Vale. Jimmy is frustrated as nothing he's tried is cowing the Preppies. Petey points out that simple violence and abuse isn't enough because the Preppies get that at home, and what Jimmy needs to do is prove publically that he's better than they are. To this end he suggests that Jimmy challenge Bif Taylor to a boxing match.

The weather turns to light snow as Jimmy heads from the pier to the Glass Jaw Boxing Club. Inside, he challenges Bif, who accepts.

Bif fights the same way all the other opponents in the boxing minigame fight, and is no tougher than any of the others. 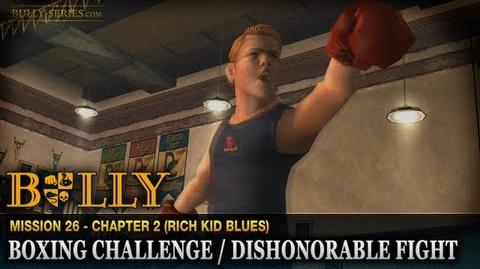 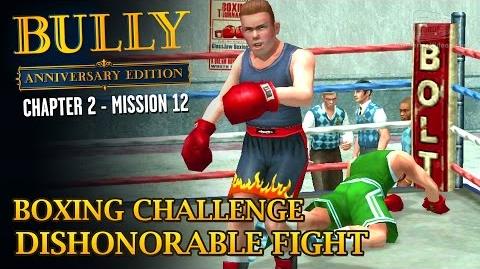