Comic Klepto is a mission that first becomes available in Chapter 3. Jimmy must first complete the Nerd Challenge for this mission to become available.

As Jimmy passes by the comic store, Constantinos runs out of it with a comic book in his hand. Zack Owens, the Dragon's Wing Comic Book Store owner, staggers out behind him. He had tried to chase him, but was too out of shape to do so and was having an asthma attack. He offers Jimmy $5 and the comic book if he gets the stuff back, and Jimmy promptly agrees.

Constantinos rides away on his bike. Jimmy is given a Yellow BMX by default.

The goal in the mission is to knock Constantinos out and take the comic books back before he can get back to the school grounds. Constantinos rides his bike at high speeds and throws firecrackers at Jimmy. Trying to punch him off can be difficult as the firecrackers do much more damage than punches. Jimmy may choose to throw firecrackers of his own from a distance, or to chase the bike down and throw Constantinos off it, then fist fight him.

Once he has the comics, Jimmy returns them to Zack. He says he doesn't read comics and just wants cash, and so Zack gives him $30 instead of the promised $5. 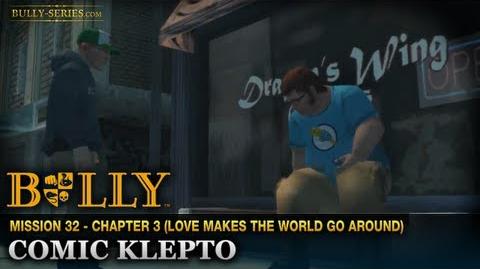 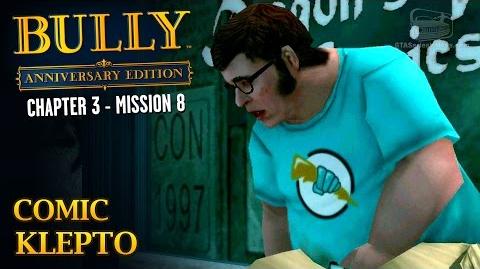