"Get away foul vision of Hell!"
— Dr. Watts to Jimmy

Discreet Deliveries is a non-storyline mission exclusive to Scholarship Edition and Anniversary Edition. It can be accessed after completing the mission The Tenements in Chapter 3.

Dr. Watts has sent for Jimmy, but when Jimmy arrives in the chemistry room, Dr. Watts is apparently hallucinating and briefly mistakes Jimmy for the Devil. Apparently he was mixing chemicals and inhaled some fumes. After coming back to his senses, Dr. Watts admits that he has been selling "chemical compounds" with "...certain properties" on the side. He wants Jimmy to go get the formula from his lab assistant.

The lab assistant is waiting by the bridge from New Coventry to Blue Skies Industrial Park. He turns out to be Donald. Donald gives Jimmy several packets to deliver.

His deliveries complete, Jimmy returns to Dr. Watts. It turns out that the chemical compounds, which were previously implied to be hallucinogenic drugs, were actually a hair growth tonic for treating male pattern baldness, which most of the clients suffered from.

Jimmy is able to start this mission late in the evening. As Mr. Wiggins and Mr. Burton are both authority figures, should the time be after 11 p.m., they will try to bust Jimmy for violating curfew after he delivers the tonic to them. This doesn't make the mission unwinnable, but Jimmy will have to escape from them afterwards. 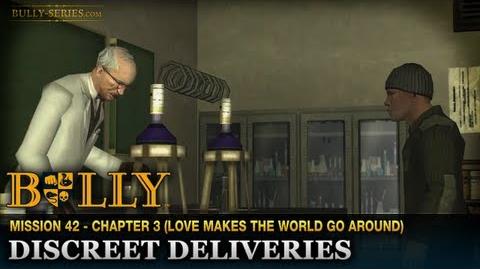 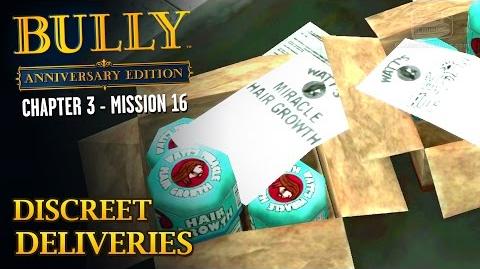