Finding Johnny Vincent is a storyline mission in Chapter 5.

Lola and Norton are arguing. Greasers leader Johnny Vincent has disappeared, and they both blame each other - right up until Jimmy walks by, at which point they turn on him. Lola is at her most manipulative, swinging between anger, tears, and flirting so rapidly it's clear that none of it is sincere, all while being unwilling or unable to give Jimmy any useful information. Norton, however, says he heard that someone saw a couple of Asylum Orderlies drive up to Johnny's house. Norton doesn't believe this and chalks it up to gossip. Apparently, Johnny and Lola broke up after the events of Chapter 3, and Johnny's been acting crazy ever since. Jimmy agrees to go find him.

This is a sneaking mission.

First, travel to the Happy Volts Asylum, and gain entry. There is a dirt path that runs south of the Asylum, and fairly far back along the path is a tree that can be climbed and used to cross the fence. The mark on the map is actually the tree, not the Asylum proper.

Once over the fence, avoid the Orderlies. Both the orderlies and their sight radius will be marked on the radar screen. If Jimmy is caught by the Orderlies, he will be thrown out and will have to start the mission over.

Move into the Asylum. The Asylum is laid out like a letter T lying on its side. The trunk of the T faces west, and it is where Jimmy enters.

Move through A Block. Jimmy overhears two orderlies talking about some kid who never stops yelling, which can only be Johnny. At the cross of the T, there is a small lounge separating Blocks A, B, and C. Take a right and head south into B Block. B Block is more heavily guarded, and Johnny's cell is located here. He can be heard yelling and demanding to be let out. Jimmy reaches the door but it's locked. Johnny tells him to get an Orderly uniform out of the laundry area and then head to the control room. He also claims that the Dropouts set him up.

Jimmy does this and opens the doors. All the inmates break loose and the orderlies go rounding them up. Jimmy and Johnny head to the small lounge, and as they get there, the security system goes off and the doors are all barred by metal grates. The grate blocking the way to C Block, however, is bent and broken, and Jimmy and Johnny are able to lift it.

C Block is run-down and decrepit. The cells aren't in use, but the infirmary and morgue are in this section, as is the boiler room. There are no Orderlies here. In the boiler room is an employees-only exit that Jimmy and Johnny use to escape. Once going through it, they automatically appear at the Asylum Front Gate. 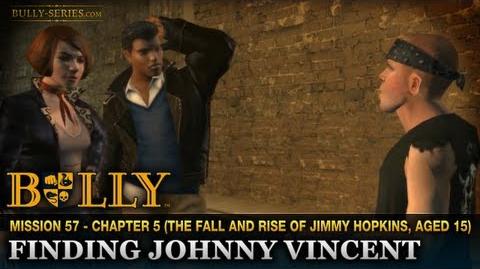 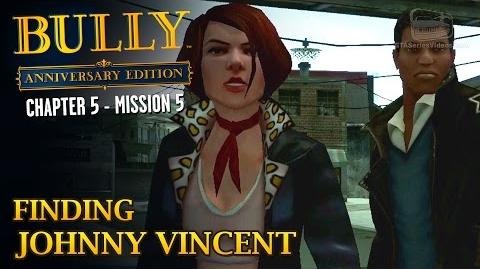