Go See The Principal is a mission during Chapter 5.

Though not technically a mission, it does appear as one. The first morning Jimmy wakes up on the school campus after passing the mission Preppies Vandalized, Miss Danvers announces over the PA system that he must come to the Principal's Office immediately. Once there, a cutscene starts, ending the mission.

In the cutscene, Dr. Crabblesnitch informs Jimmy that he is the most unpopular student in the school, even more so than "the fat child who wets himself." He then says how Gary told him about Jimmy vandalizing the Town Hall, and proceeds to expel him. His Mom can't be contacted on her cruise ship, so Dr. Crabblesnitch allows Jimmy to stay on campus, but not wearing the school uniform or attending classes.

If Jimmy was wearing the school uniform, he will be wearing the brown jacket and jeans he started the game in after the cutscene ends.

After the mission concludes, the school classes cannot be attended, and the missions in the Hattrick vs. Galloway series become unavailable. However, despite Crabblesnitch's statement that Jimmy may not wear the school uniform anymore, he can wear it without repercussions and will get yelled at by the prefects if out of uniform. He can still be given detention if he gets in trouble on campus. 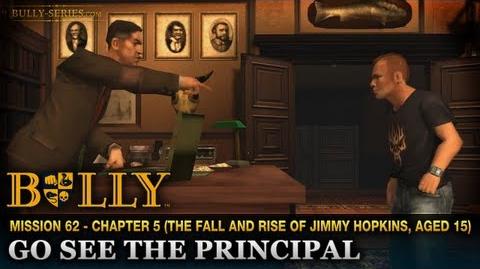 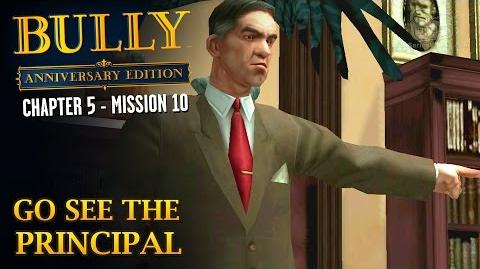