Halloween is a storyline mission that occurs in Chapter 1.

Gary, wearing the uniform of an SS officer, meets Jimmy in his dorm room, providing Jimmy with a skeleton suit. They meet Pete, who's been given a pink bunny costume by Gary, and head out of the dorm for a night of pranking. As Gary explains, the Prefects are busy at a party and the Teachers are supposedly entertaining the kids, but are really holed up in the lounge, and so there aren't any authority figures to get in the way of a night of "fun."

Russell is in the dorm hallways and Jimmy must either fight or run from him. He won't follow Jimmy outside the dorm. Once outside, Jimmy must complete errands that other students assign him.

Once five of the six errands are completed, The Big Prank begins.

During Halloween, there are jack-o-lanterns placed all around campus. If Jimmy destroys all of them, he earns the pumpkin mask that Lucky wears, and a trophy for his room.

If Jimmy doesn't destroy the pumpkins, they will appear in the school basement and can be destroyed during or any time after Help Gary.

The best time to search and destroy the jack-o-lanterns is during Halloween. Although they're still available during and after The Big Prank, the clock is absent during Halloween, giving him unlimited time to find them all.

As there are no teachers and prefects around, this is a good night to break into lockers and steal items, although they will return if the player's trouble meter goes beyond level 4 (2/3 full).

If Jimmy has not smashed all the tombstones by the end of The Big Prank, he can find them inside the Spencer Shipping Warehouse during Chapters 5 and 6.

Smashing all of them earns him a trophy for his room, and the Edna Mask that Troy wears during Halloween. 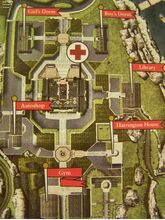 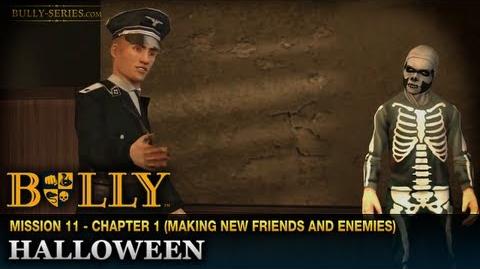 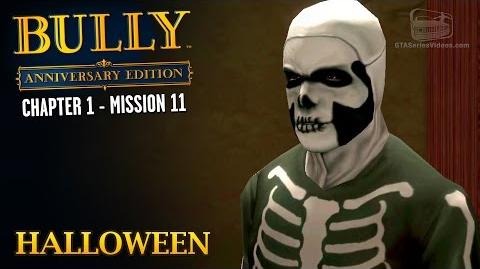