As Jimmy walks under the railroad bridge separating Bullworth Town and New Coventry, Johnny Vincent steps out of the shadows. He was waiting for Jimmy, although it's unclear if Jimmy had changed his mind about refusing to go to Johnny, or if it was just coincidence he was there.

Johnny is furious, accusing Jimmy of laughing at him, and half convinced that he's been with Lola. Turns out Johnny suspects Lola is cheating on him, and is both furious and paranoid. He asks Jimmy to take a camera and go follow Lola, and to try and bring back proof that she's cheating on him.

Lola is with the Preppy Gord in Bullworth Town. They walk around holding hands, and periodically Gord will hand her a present, after which they step into an alley to make out. Jimmy must obtain a picture of each of those three actions, then take the pictures back to Johnny.

If Jimmy gets too close to Gord and Lola, they taunt him and will not do any of the things Johnny wants a picture of. Lola has some unique dialogue lines for this. Getting up close to them does not fail the mission, however, and if Jimmy gets out of their line of sight they carry on as if he never interrupted them.

Dialogue found in the game's data files indicate that the mission was changed during development. The original mission appears to have been about Lola and Gord going to the beach in Old Bullworth Vale, then trying to find somewhere private to make out. They call each other by mildly risque names (e.g. "vixen" and "strumpet"). Later, Lola attempts to teach Gord how to unhook her bra. The mission could have been reworked for the sake of keeping Bully's T rating. 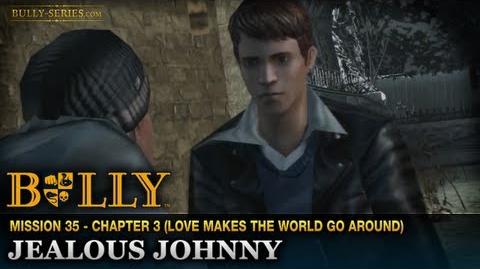 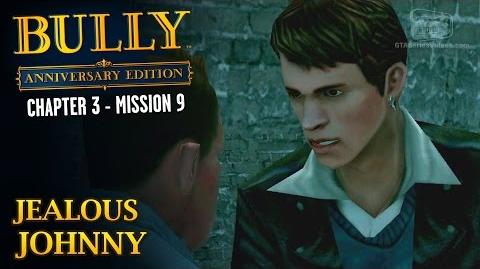