Race the Vale is a mission in Chapter 2.

Jimmy is surprised to find the Boys' Dorm empty except for Pete, who's watching television by himself. Pete is very despondent about Gary's betrayal. As he puts it, even though Gary bullied him mercilessly, he was at least part of a group for once, and now he's alone again. Jimmy informs Pete that he's not alone, and again asks where everyone is. They're all at a bike race in Old Bullworth Vale. Jimmy heads off immediately, telling Pete to come with him.

Jimmy is provided with a Yellow BMX to ride to Old Bullworth Vale on. The starting point of the race is on the beach near the Beach House. Once Jimmy arrives, the race starts, with him entered. He can also steal a faster bike like a racer, mountain bike, or even a moped and use it in the race.

The course goes along the beach, then takes a dirt road roughly north and then west, winds through the residential area of Old Bullworth Vale, and finally heads back to the beach. Jimmy's opponents are three different Preppies.

If Jimmy fails to win the race, the mission restarts from the beach rather than at his dorm. 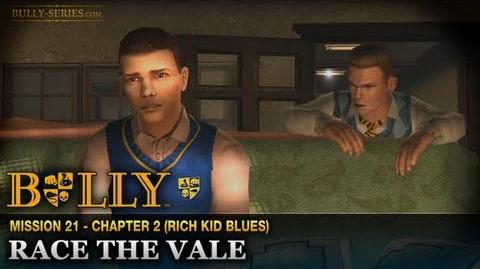 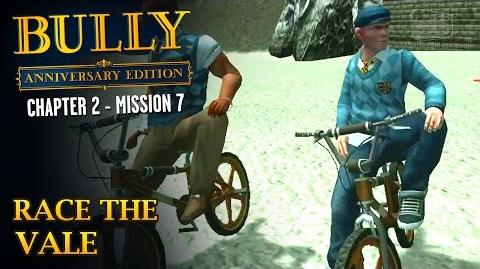