"Well, everybody hates you, you're a little twerp, you dress terribly... but apart from that, nothing."
— Zoe, playing hard to get with Jimmy

Smash It Up is a mission available in Chapter 5. As it is not part of the storyline, it can be completed as late as Chapter 6.

Jimmy meets Zoe sitting alone in front of her house. He starts flirting with her, but Zoe rejects him. She says she only dates older men or junkies because they're more romantic, and then makes fun of Jimmy's clothes. Instead, she invites him to go play a game at the Spencer Shipping Warehouse.

Meet Zoe at the Spencer Shipping Warehouse. Zoe has a grudge against Tad Spencer and his father, and so her idea of a game is to smash up the warehouse's inventory.

She and Jimmy compete against each other to smash the most. To win the mission, Jimmy has to cause more dollars worth of damage than she does.

The easiest way to do this is for Jimmy to jump towards whatever he is trying to break. In addition to the various things on the first floor, the small office in the back and a room on the second floor are also full of things that can be broken. These rooms are a good way to win the mission, as Jimmy can cause a lot of damage quickly there.

After the mission, Zoe runs away saying "This is the best date ever!". 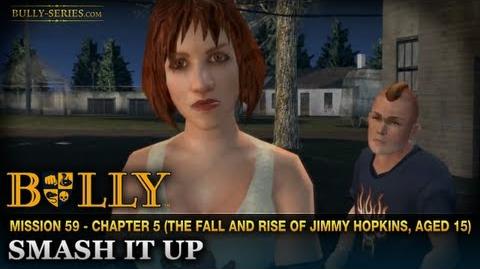 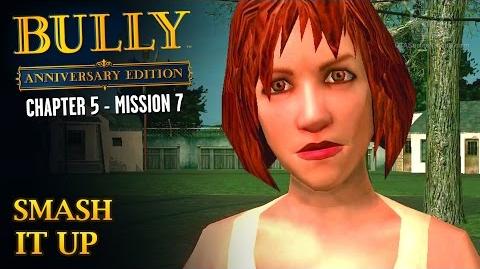