For the act of tagging, see Clique Tags.

"Father says leadership is about looking after those you lead. He taught me that right before he laid everyone off."
— Derby Harrington

Tagging is a storyline mission in Chapter 3.

Jimmy walks into Harrington House to see Derby talking with Chad and Parker. Apparently the Greasers have been continuing to harass Gord over his dalliance with Lola. Jimmy thinks that Gord asked for it. Parker expresses disappointment in Jimmy, and then Derby manipulates Jimmy into performing a revenge hit against the Greasers by reminding him that he's the boss.

Jimmy first heads to the underpass separating Bullworth Town and New Coventry, where he spraypaints "Jimmy wuz here". He then heads to the nearby Yum Yum Market to buy some more spraypaint, and finally heads to New Coventry. Once there he has to place five different tags. On doing so he wins the mission.

The mission concludes with a cutscene with Hal and Lefty glowering at Jimmy's "Jimmy wuz here" graffiti. Hal proclaims that "someone's going to get their freaking lights knocked out," and Lefty wonders how anyone can call graffiti art.

Both this mission and Wrong Part of Town must be completed in order to unlock Lola's Race. 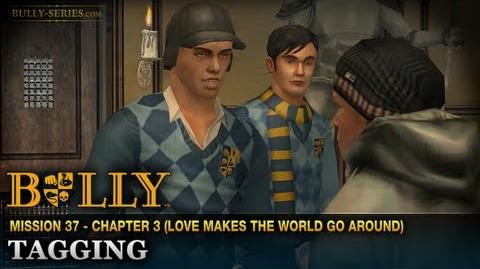 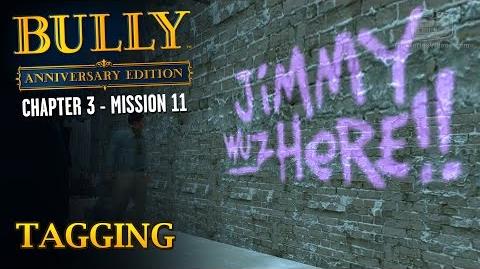