The Big Prank is an optional mission that occurs directly after Halloween in Chapter 1. This is the only mission in Bully that can be permanently missed. If Jimmy decides to go to bed, the mission will no longer be available.

Jimmy and Gary have just spent Halloween night playing pranks on other students. Gary comes up with an idea for a grand finale of a prank. He'll feed Chad's dog Chester some rotten meat causing him to have an upset stomach and in turn "do his business", and then save the feces in the bag. If Pete wasn't knocked out during Halloween, he'll refuse to participate and head back to the dorm.

Jimmy and Gary head to Harrington House, where Chester is sleeping in the sideyard. Chad sees them and comes to the defense of his dog, forcing Jimmy to fight him and protect Gary.

Once Gary has obtained the bag of dog feces, he makes Jimmy carry it to the school. He then sets the bag down in front of the teacher's lounge door and lights it on fire while Jimmy pulls the fire alarm. Mr. Burton comes out of the room, jumps on the burning bag, and roars in disgust.

The mission ends with Jimmy and Gary, still in costume, running from Burton and the Prefects. 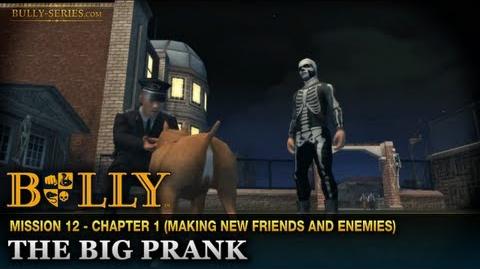 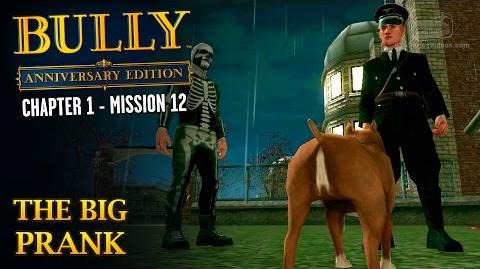