"Don't tell anyone about this... unless they'll get me bikes too."
— Clint

The Collector is a non-storyline mission that occurs only in Scholarship Edition and Anniversary Edition.

As Jimmy is walking in the residential area of Blue Skies, Clint pushes him down from behind. Clint seems to be as unbalanced as usual. He hits himself in the nose to "make it even" between them, and talks about how he headbutted his shrink. Jimmy assures him that they're friends, and Clint sends him after a bike. "Either a bike or a fight."

People with bikes will be marked on the radar with yellow X's. Jimmy will get a full yellow trouble meter for stealing a bike from one of the Townies, and a full red meter for stealing one from an adult. People, both students and adults, will get off their bikes and chase Jimmy if he jumps at them; he can then take the bike without the game counting it as stealing. Once he has a bike, he has to take it back to Clint.

Clint's house is the first house on the right on the road that leads south from New Coventry to Blue Skies. There is a small garage on the house; Jimmy must put the stolen bike in there.

Once he's stolen 3 bikes, the mission is over, and Clint pays him. 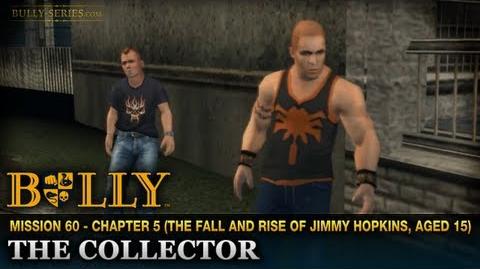 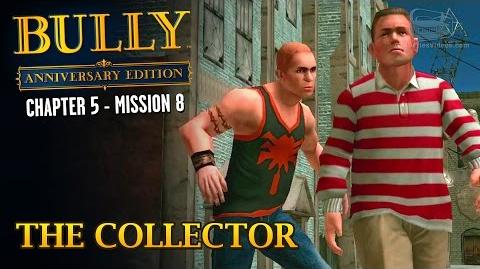