"Then we can kiss. The cold sores aren't contagious once they start to scab over!"
— Beatrice

The Diary is a non-storyline mission that's first available in Chapter 1.

Jimmy encounters Beatrice crying outside the Girls' Dorm. She tells him that Mr. Hattrick saw her writing in her diary in class and confiscated it, and is going to give it to Dr. Crabblesnitch the next morning, and she's very upset that everyone in the school is going to know her secrets.

Initially Jimmy is unsympathetic, but Beatrice gets his attention when she tells him that she wrote about him in it. Apparently, she thought they fell in love after he helped her in That Bitch. She also reveals that she has a cold sore which disgusts Jimmy. He then agrees to get her diary.

Jimmy runs to the school and climbs the arbor in the back of the school to sneak in through an upstairs window. He first checks the Math classroom, but it's locked. He then heads downstairs to the teacher's lounge and finds Beatrice's diary in a desk drawer. Jimmy then reads what Beatrice wrote about him.

That new Jimmy boy is so bad. Bad teeth, bad hair, bad smell, bad attitude! And yet, there's something about him that is just so alluring. I told Bucky about how I felt and he didn't seem happy at all. That makes me a little sad because Bucky's been such a great friend, I'd hate to think that something or someone in his life is not treating him well... Oh I knew it! I walked by him today, and he looked at me! He's such a free radical... How I'd love to pair his electrons. The thought of us making sweet organic chemistry just sends shivers down my spine!

Disgusted, Jimmy returns the diary to Beatrice, with a claim he "didn't read it. Much." He then accepts a kiss from her. 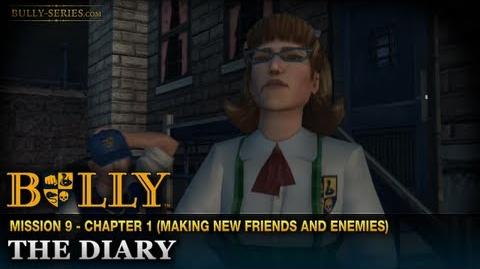 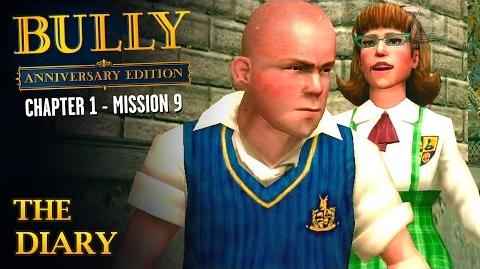