This article features content that was cut from the final version of the video game Bully.

The Paddle is an unused mission that took place at some unknown point during Chapter 4. Data pertaining to it was found in the game's data files. This mission was going to involve Jimmy stealing Dr. Crabblesnitch's paddle, then framing Damon for the crime. Most of its cutscenes, including the introductory one, were either dummied out or never finished in the first place.

The mission's introduction starts with Pete and Jimmy talking in the boy's dorm when Gary walks in and mocks the two, saying they're "in a relationship" and then imitates doggy style sex to mock them even further. After Gary leaves, Pete gets the idea for Jimmy to sneak into Dr. Crabblesnitch's office, steal his paddle, and frame Damon for it.

The mission would have started with Jimmy sneaking into Dr. Crabblesnitch's office, retrieving the paddle, and sneaking out again without being caught. He then had to run to the football field, where the Jocks are practicing, and place the paddle in Damon's gym bag without getting caught by Burton.

There are scripts in the game for Algie to distract Damon by throwing something at him, and for Ricky to create a distraction by flirting with Mandy and provoking the Jocks into chasing him. Small cutscenes for Burton breaking up the fight between Algie and Damon, and of Mandy calling Ricky a pervert before the Jocks threaten him, are still in the game. There is also something in the script for Jimmy to be attacked by some Jocks, although there's no information about exactly where, when, or why.

The mission is finished by Jimmy taking a picture of Damon holding the paddle, then showing the picture to Dr. Crabblesnitch. 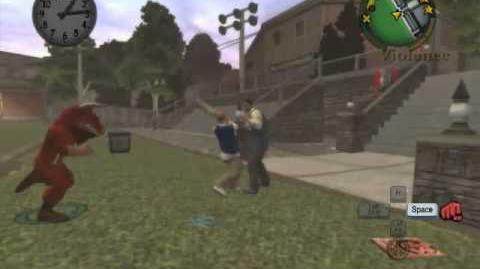 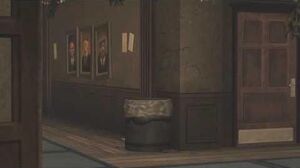