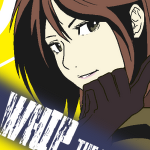 "-Have you ever snuck out with Lola?"

— Peanut and Norton, during a conversation (You can actually hear them saying that)

What's up. I'm Clener74, I am a long-time player of the game as well as a regular editor on this lovable Wiki.

For the most part, I just stick to fixing typos or grammatical mistakes that I find on my way. I used to find a lot of them, so that's more or less the reason I joined Wikia as a whole, me being pretty nitpicky with always starting sentences with capital letters and stuff. I also add bits of info here and there. I'm pretty much happy to contribute anything to the Wiki, ranging from fixing a single little typo to rewriting most of a page. If I'm unsure of an edit, or if someone disagrees with my views, I just post on the article's talk page to settle things carefully.

I've been playing Bully SE for quite a lot of time. I have finished the story mode thrice, and everything else is either replaying missions or trying out mods. The version of the game I use is the Steam one, the "latest one", if you will. Until one point, I started editing the data files myself and am very happy with what I've done. To this day I still keep on having fun with it, with the game becoming one of the ones I enjoy the most playing.

I've also extracted the soundtrack off the Music.bin file, and I was finally able to listen to the three versions of most songs. The Bully Original Soundtrack has only the "high" versions of the songs-those that play when you are fighting someone. However, there are "low" and "mid" versions which play when you're walking around or riding a bike, respectively. Take for example the OST Action, which you can listen to here. The video is called a build-up mix because it mixes the three versions of "Action", those being MS_ActionLow, then going up to MS_ActionMid, and finishing with MS_ActionHigh. This applies to most of the other OSTs, like for example FriendshipAllyLow, EpicConfrontationMid, StreetFightLargeHigh, FunLow, and so on. There are a lot of songs that don't play on the actual game, but still are in the game's Music.bin file.

The Greasers are my favorite clique because of their personalities and fighting style.

Specifically, what I did to the game was give very different stats to every clique member, including the girls, giving them better health bars, attack and blocking rates, as well as making them able to run 200 metres without getting tired, and having a vision range that doubles Damon's. I also changed their attitudes towards each other so that they hate each and every of the other cliques, making them start a fight on sight of each other.

Having played the game for a long time, these quotes are ones I like a lot or find really funny.

"I saw Johnny Vincent walk out of nudie club."

— Russell, during a conversation

— Mandy, after being given a swirlie

"I'm not a pessimist. I'm just in a bad mood. Permanently."

— Constantinos, during a conversation

"Owwwww—Granny is gonna be so angry...!"

— Bucky, after being knocked out

"GUESS WHAT TIME IT IS? YEP, TIME FOR A BEATDOWN!"

— Gurney, after being physically bullied

"You better get out of here before you get hurt."

"You're so soft, you absorb the rain!"

— Ted, while fighting. He spams this line a lot.

"You want to mess with a Greaser?!"

"I CAN DESTROY ANYONE, ANYONE!"

"ARE YOU SAYING THAT I'M NOT MANLY ENOUGH?"

"Yeah! I always knew I was the smartest!"

— Jerry, after winning a fight

"I don't speak to benchwarmers..."

"My mom says you are a failure."

"I EAT WIMPS FOR BREAKFAST!"

"Now you make me mad, you're dead meat!"

— Constantinos, comeback after being taunted

"I'M READY TO CAUSE SOME REAL DAMAGE!"

"You know what? I'm gonna smack your face in!"

— Ted, aiding in a fight

"Check this out, freak!"

"I wonder how many 7 year olds I could beat up."

"That Lola chick is totally into me."

— Casey, offering to be hired

"Thith time I am furiouth, I'm gonna kick your ath."

— Wade, after being physically bullied

— Tom, comeback after being taunted

"Check this out, sucker."

— Ethan, being spat on

"I hope they kill each other!"

"Hope you're ready for some fisticuffs!"

"This will not stand!"

"I'm gonna bust your gut up and watch you bleed."

"You can't touch me, you are not man enough!"

"My word, I'm about to get brutish with you!"

"You're nothing but dirt, Jimmy!"

— Johnny, on successful haymaker. Funnily, he says this on anyone he uses the move on.

"I'm just toying with you kid."

— Lefty, after being physically bullied

"You're just not prefect material, punk."

— Troy, after being physically bullied

— Russell, after being physically bullied

"I'm gonna leave skid marks all over you."

"I'm gonna give you something to tell your therapist!"

— Fatty, comeback after being taunted

"I've always thought you were lame..."

— Jimmy, taunting a knocked out character

In case you want to contact me, this is my Steam profile.

Retrieved from "https://bully.fandom.com/wiki/User:Clener74?oldid=67669"
Community content is available under CC-BY-SA unless otherwise noted.