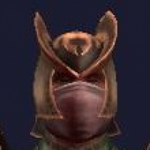 I am a Bureaucrat on this Wiki. If you need help, please leave a message on my talk page.

If you're reading this userpage for whatever reason...

I'm McJeff. Or if you prefer, just Jeff. I'm the only active bureaucrat on this wiki. So if you've got any questions, concerns, or you just want to say hi or talk, feel free to hit up my talk page. Even when I'm not on Bully Wiki I'm frequently active on Wikia, so chances are I'll get any messages sooner rather than later.

In real life, I have a useless 2 year English degree. From early 2015 until the spring of 2020 I worked independently doing commercial HVAC maintenance. I had clients in 3 different states, the vast majority of which weren't in the state I live in. When Coronavirus happened, my work was deemed "non-essential", so I couldn't travel across state lines. This cost me enough work that my company was no longer financially viable.

On this page I've posted a list of questions people ask about me or Bully Wiki, it's right below this so feel free to read it.

How did you end up running this wiki?

I started editing Wikipedia either in late 2005/early 2006 - can't tell because most of the articles I worked on back then have been deleted. Wikipedia was much friendlier towards pop-cultural things back then. My most-edited article over there was the long-since deleted List of Characters in Bully, which is where I met my long-time buddy Dan.

I actually registered for Wikia on the Redwall Wiki back in 2006. As I lost interest in Redwall very soon after doing that I forgot about Wikia entirely - until I got sick of Wikipedia deleting all the interesting articles and emigrated from there to here in early 2008. Dan and I were the two most active and productive editors. He was active for a few months longer than I'd been and was promoted to bureaucrat by Wikia Staff since BW had no active , and he soon afterwards promoted me.

How active are you on this wiki?

I check in on it most every day - it takes about 2 minutes to go to Special:Recentchanges and see what's been going on.

I asked you a question on your talk page, why didn't you answer me?

I probably forgot. I may check Bully Wiki first thing in the morning or right before bed, discover a question, intend to answer it when I have more time to do so, and forget about it entirely instead. Give me, eh, 3 days or so, and if I haven't answered you ask again.

Do you still play Bully?

Haven't turned it on for several years at this point, actually. The game was great, I got literal days of entertainment out of it, and because of working with this wiki I got to experience being a "big name fan" of something. But - Bully has been out for 8 years, and at this point in time I've memorized the game. I know the storyline mission by mission, I know all the personality traits of all the characters. The only thing left to do on this wiki mostly is a few minor things on Bully Wiki:Spading, and I don't have the interest level in replaying the game I've memorized yet again just to try and figure out a few things that I'm personally sure vary from copy to copy of the game anyway.

Actually at this point I couldn't if I wanted to - I have original edition for the PS2 and Scholarship Edition for the Wii, but my PS2 doesn't work and my Wii got stolen. I still have the actual games, just no system to play them on.

What was your biggest contribution to the Bully fandom, aside from this wiki?

I was responsible both for being the first to spade out Duncan's name, and for the incorrect guess that he was named Dorsey. That's about it, I don't own the PC version of either game and haven't messed about with the data files personally, nor do I write fanfic.

I want rollback rights, how do I get them?

I'm willing to give rollback rights to any editor who's been relatively active on the wiki over a 1-2 month period and who's editing has been on a competent level. How quickly you get rollback depends on your activity level, editing competency, and attitude.

In fact, more users have been promoted to rollback because their editing impressed me, than because they asked for promotion.

I want to be an admin, how can I become one?

Short answer - you can't. This is a low activity wiki and it doesn't require very many administrators. If you really, and I mean really, want to be an administrator, your best bet would be to do enough cleanup and reporting of vandalism that I decide I should give you the tools rather than make you report it to me so I can. That, however, has happened to two users in the history of Bully Wiki, and then partly due to an inadequate number of active administrators (back when Bully hadn't been out for 15 years and the wiki was a lot more active).

Alternately, you could start begging Rockstar to hurry up and make a Bully 2, because if they ever make that game, there's going to be an explosion of activity on this wiki and we'll need an extra admin or two to help with the workload.

Why did you delete my edit?

Either it was wrong (and if it was I probably said so in my edit summary), or your grammar and spelling were so awful that I wasn't able to decipher what you were actually trying to say. Seriously, being able to write with proper grammar and mechanics is a rule here.

You made a change that I disagree with, what do I do?

Explain why you think that on the article's talk page. As this is a low activity wiki, I will probably see the talk page discussion without being directly informed, but you can also let me know on my talk page if you've started a discussion.

Why did you delete my page?

/Bully Wiki is not a forum. We do have a forum, and if you want to talk about fan made characters or fan-canon there, go for it. But in the actual wiki space, it's what they call "serious business". The wiki itself is for stuff that happens within the game itself, and the persons who worked on the game.

Why did you delete my image?

Why does the "Gary is a werewolf" rumor bother you so much?

I have very little tolerance for videogame myths and the people who pursue them to begin with. "Real" myths are usually discovered within days if not hours of a game's release, and committed myth hunters will make ridiculous leaps of logic to try and lend credence to whatever myth they're going on about at the time. For the 'Gary is a werewolf' myth, literally the only thing actually linking Gary to a Werewolf is that both he and the werewolf mask have scars on their face, and unlike what the myth-hunters claim, the scars aren't identical. Other than that, it's complete nonsense - there's no reason to think a howling noise at night proves Gary is a werewolf when the setting is known to have normal dogs and dogs are known to howl at the moon.

Do you think Bully 2 is ever going to come out?

Unsure. For a while I was pretty sure it wouldn't, but there was a leak of alleged art from Bully 2 that I thought was legit-enough looking to move me up to unsure. However, based on the artwork I'm thinking if it is legit, Bully 2 is going to be a neighboorhood game rather than a school game. So it might be very different from Bully.

I have a question that isn't listed here.

Ask on my talk page.

Retrieved from "https://bully.fandom.com/wiki/User:McJeff?oldid=80086"
Community content is available under CC-BY-SA unless otherwise noted.