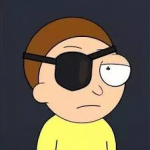 Admin
1,771 Edits since joining this wiki
October 14, 2018
7 Discussion posts
I'm an Administrator on this Wiki. Feel free to message me for any help.

Hello, for whatever reason you're on here......Hi.

My name is Jose (Hoh-zay) and I devoted my free time to editing Wikia articles. I have been promoted to administrator on January 9, 2019.

Have a question that is not listed here? Message me.

Retrieved from "https://bully.fandom.com/wiki/User:RedIgnite?oldid=79520"
Community content is available under CC-BY-SA unless otherwise noted.