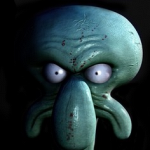 No i fucking did not. I just edited the misspellings and the real life content. The content of Bully is purely fictional, so why would you put McDonald's as a a fast-food in the game? Why not Cluckin' Bell or Burger Shot? Also, why would you put WOW as a board game and Los Angeles as a city? Seriously, i mean seriously, this don't make no fucking sense. DaBOSS0102 (talk) 21:15, July 4, 2015 (UTC)

Crossing out your cussing doesn't make it any more appropriate whatsoever. It doesn't matter if you think it's dumb, it's their ideas. Arguing about how your block doesn't make "any fucking sense" doesn't really help your case, either. --Soda (Talk) 02:46, July 5, 2015 (UTC)

Retrieved from "https://bully.fandom.com/wiki/User_talk:DaBOSS0102?oldid=65872"
Community content is available under CC-BY-SA unless otherwise noted.