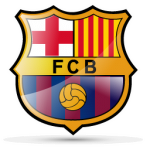 This is my talk page, feel free to message me, and please follow the Talk page guidelines

Actually I will, under the condition that Rumours and Automobiles in Bully don't get undeleted. If you agree to leave those two alone, I'll repromote you. Jeff (talk·stalk) 00:19, January 5, 2018 (UTC)

Thought I'd ask you what you thought on this subject. I'm assuming you have a general idea who SWEGTA is since you've linked me to a few of his videos in the past, and I'd even thought we might make a page for him (and possibly a couple other of the prominent data files guys too). But it'd have to be like a wiki page. Now, he or someone else has made a page that looks like an advertisement for his various channels. Was wondering if you've got any thoughts on the subject. Jeff (talk·stalk) 02:05, January 25, 2018 (UTC)

I don't think this page should exist. http://bully.wikia.com/wiki/Bully:_Scholarship_Edition_download - —Preceding unsigned comment added by I Am MonkeyBoy (talk • contribs) 13:49, February 26, 2018‎

Issue with a user Edit

So, and I'm trying to phrase this carefully because I think the guy is acting in good faith and I don't want to come down on him too hard, but I'm also getting a little irritated. He does nothing but add trivia, he's gotten salty about the fact that I removed it as The Sky Is Blue (but then, that could just be IMO), and he won't link things the right way - he keeps doing external style links to the wiki pages (example). I left him a warning about that and he ignored it. It's not the exact same set of problems, but the same general issue we had with Big Brudda. You want to take a look and try to work with him? Jeff (talk·stalk) 08:50, March 6, 2018 (UTC)

How often would we have to explain ourselves before someone gets it? If someone cannot follow simple instructions...then I believe a stern warning should followed by a block no matter how good faith their edits should be. Isnt competence is required a rule here? Dan1983 (talk) 15:43, March 13, 2018 (UTC)

Hey Dan, years and years ago you added to Neil's article that small talk implied he was the Greaser leader before Johnny Vincent. Darealrichardnixon has decided to remove that from the article on the grounds that he's never heard it. I trust your edits but I can't say I heard/remember the lines that talk about it, so I thought I'd just holler at you and see if you want to deal with it. Jeff (talk·stalk) 15:45, June 21, 2018 (UTC)

Hey Jeff, it was a user named Weerubzeeman who added that years ago. I can't say I heard/remember the lines myself. I think it should stay out until confirmed through a quote. Dan1983 (talk) 17:42, June 21, 2018 (UTC)

Over on Bully Fanon some guy asked for someone to post Duncan's quotes, so I did, and I realized his article wasn't that great so I completely rewrote his character description. It's been improved enough I might feature it next time we switch featured articles even though he was already featured for a while. Jeff (talk·stalk) 19:30, July 5, 2018 (UTC)

So, six people on the Wikipedia Pro Wrestling project agreed with each other and decided to remove all the "In Wrestling" sections from all their pages on wrestlers. It caused enough of a backlash that there's a gigantic discussion on Village Pump. I dusted my Wikipedia account off for the first time in 5 1/2 years to chime in. [1] Jeff (talk·stalk) 00:38, July 17, 2018 (UTC)

Isn't that a list of moves a wrestler usually does, their theme music and their managers? I think that information is significant or turn the list into a detailed section. Dan1983 (talk) 13:31, July 17, 2018 (UTC)

Hey, remember Paradox, that kid who vandalized Bully Fanon Wiki and you somehow found out he was only 9? Do you still have proof he's underage? He returned, made another wiki and banned me - actually this was all a few weeks ago but I was busy with my job, but I've got enough free time now to deal with Wikia staff. But I was hoping you'd still have proof he was 9 because that would make it easier. Jeff (talk·stalk) 05:19, November 17, 2018 (UTC)

Hey Dan. RedIgnite requested promotion to Patroller. I see absolutely no reason not to promote to patroller and I'm kind of considering just promoting him to admin since you're not very active and I'm not as active as I used to be (Darealrichardnixon was that intolerable and obnoxious, he made wikia editing permanently less fun for me). Was wondering if you had any thoughts on the matter. Jeff (talk·stalk) 20:24, January 6, 2019 (UTC)

I was doing dialogue files for the characters that don't have them yet, and I came across this gem from Eunice of all people.

"Maybe this new kid is cool after all. I mean, he took on Johnny Vincent... and I always thought he was a dirty little prick."

And how a few people (myself included) heard that line, and pretty much everyone who didn't claim to hear the line was convinced we were just mishearing his line 'After I'm done hitting you I'm gonna sit on you'?

Well I still can't prove that the line about Russell is in the game, but I just noticed this. Check the picture of the Punks in this youtube video - [2] - and look at the fat kid in the background. Looks more like Hal than any other character in the game. Maybe long long long ago Hal was a Punk and they changed him into a Greaser when they did away with the Punks? Jeff (talk·stalk) 16:20, May 13, 2019 (UTC)

Actually, since you checked in...Edit

I was thinking about giving Richard another chance, and when I was looking to see what other wikis he was active on, I found this. I think it's 4th Hale/Goodfellas/Quiet Man whatever again, though I don't really care. So I responded with this. Should he decide to cause trouble, what's the way I can get in touch with you that you're most likely to notice? Jeff (talk·stalk) 04:54, August 18, 2019 (UTC)

Retrieved from "https://bully.fandom.com/wiki/User_talk:Dan1983?oldid=77755"
Community content is available under CC-BY-SA unless otherwise noted.