Weed Killer is a non-storyline mission first made available in Chapter 2.

The plant is kept in the Preppie's exclusive building at the school, Harrington House, in the upstairs greenhouse. Dr. Slawter requests that Jimmy kill the plant, specifying that he means the plant and not Derby himself.

Jimmy has to disguise himself as a Preppie. He must buy or change into an Aquaberry Vest or Sweater, and must get a good haircut. Any of the haircuts from Maria Theresa's salon in Old Bullworth Vale work, as do a few of the nicer ones from Mr. Moratti's barber shop in Bullworth Town.

Disguised as a Preppie, Jimmy is granted entrance to Harrington House by Bif Taylor, who is acting as the doorman. He walks up the large building, overhearing Gord telling Parker that he's going to be helping his father on a murder trial case over the summer. Tad and Justin are talking on the second floor, and Chad and Bryce are in the Greenhouse. Jimmy has the option of beating them up as he goes.

Jimmy must take a poison gun and blast the Crapula Maxima with it. It has a large life bar like a boss, but it doesn't fight back.

Once it's dead, Jimmy has to fight his way through Harrington house. The poison gun works the same way a fire extinguisher does; Jimmy can stun the Preppies with a blast or club them with the gun itself. He can also pull the frat paddles and plaques off the wall to use as weapons. Bif is waiting on the bottom floor and, as usual, puts up a very tough fight if Jimmy chooses to fight him. Once he makes it out the front door, the mission is complete. 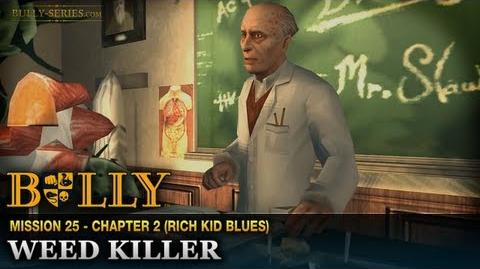 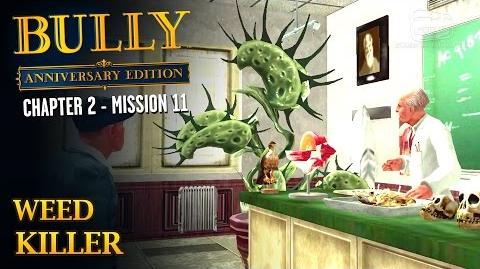