Welcome to Bullworth is the first mission in Bully and is the introduction to both the protagonist Jimmy Hopkins and Bullworth Academy.

Jimmy is left at the front gate of Bullworth Academy, which locks behind him. His Mom and Stepfather drive off, and school secretary Miss Danvers comes to get him. She instructs him to go to the Headmaster's office.

Three Bullies - Trent, Ethan and Davis - are loitering in the small plaza between the dormitories or front gate. They will demand money from Jimmy, who has the option of paying up, fighting, or just ignoring them since they won't attack.

Although the player can explore most of the school and campus at their leisure, the mission does not continue until Jimmy arrives at Dr. Crabblesnitch's office. Crabblesnitch gives Jimmy a short and sarcastic welcoming speech, mocks Jimmy's past misdeeds, and concludes by warning him to "keep his nose clean." Ms. Danvers then tells Jimmy to go to the Boys Dorm and change into his school uniform. Ethan and Davis confront him again near the front doors of the main building, but will only scream insults at him. Heading to the Boy's Dorm, he suddenly ends up ambushed by the Bullies, with Wade (flanked by Trent and Troy) challenging him to fight while Davis and Ethan appear to prevent Jimmy from escaping.

The fight with Wade first has a tutorial on the basic fighting moves. Once the player completes the tutorial, Jimmy fights Wade.

On winning, as Jimmy dusts his hands off, Russell smashes open the door to the dorm. He threatens and then attacks Jimmy, knocking him backwards. Before he can do any damage, Mr. Hattrick appears and breaks it up, but instead of confronting Russell, he gets on Jimmy's case for being out of uniform. Disgusted, Jimmy goes inside.

Right after Jimmy enters the dorm, he is met by Gary Smith, who persuades Jimmy that he wants to be friends and shows him round the dorm. Jimmy, alone in his room, then meets Pete Kowalski. The trio then have a discussion, before Jimmy asks the two to leave in order to unpack his belongings. 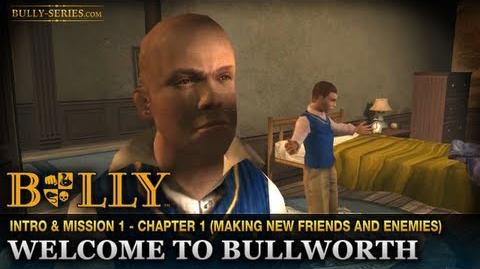 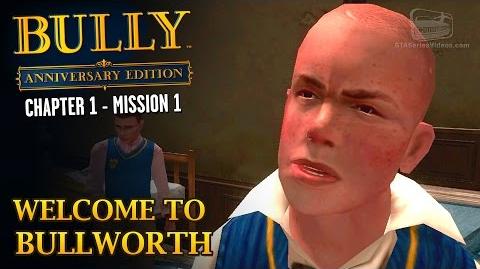